Key Voter Registration Deadlines Coming Up Across the Country

WASHINGTON –Today,Vote.org, the leading nonpartisan online voter registration and engagement organization, released the following statement to mark the beginning of states’ voter registration deadlines across the country. Over the next few weeks, key deadlines will come up in states from coast to coast, including in some of the states with the smallest margins of victory in the 2020 election. Those dates are listed below in a graphic and as a list.

“This week, states across the country have key voter registration deadlines – including in states that had some of the slimmest margins of victory in 2020,”said Andrea Hailey, CEO of Vote.org.“Voting laws, rules and regulations vary state to state, and it’s vital that voters are armed with all the information they need to exercise their right to vote. Vote.org is proud to serve as a key, trusted resource in providing information about the voting process. We’ve identified and collected all the deadlines and laws that voters need to understand so they may register, make a plan to vote and participate in our democracy to the fullest extent.” 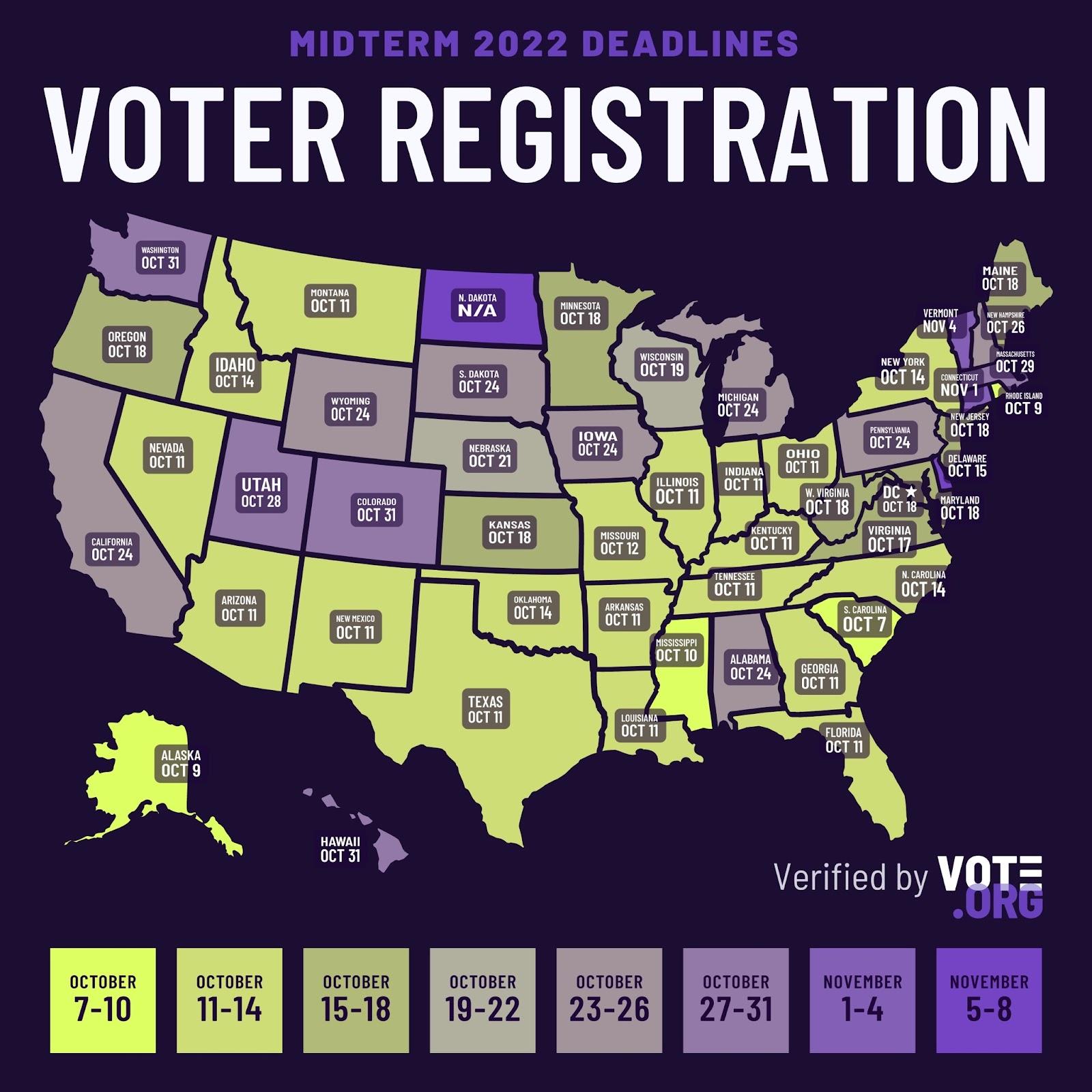 The following are the key deadlines for voter registration in all 50 states, plus Washington, D.C. These deadlines are the earliest possible deadlines, meaning some states will have additional options for late registrations or provisional ballots. For further information, visit Vote.org or inquire about your voter registration with your state, city or county elections officials.